In the last two weeks of September we were welcome at the Rényi institute for a school and workshop on optimal transport on quantum structures. After a very nice school introducing some of the main ideas in this field, we got to start on the research talks. Starting with a talk by the legendary Yann Brenier (legendary not just because of his work on optimal transport, but also because he seems to know something about everything, even including stroopwafels), we had many exciting talks throughout the week.
The speakers covered a very broad range of topics. At some point it became customary to say that you either did not work on optimal transport, or did not consider quantum structures, and then there were some that dared to break this custom by talking about both. Impressively, speakers from all over the spectrum managed to give nicely understandable talks, even for people who work on something completely different. All in all, the workshop gave a very good impression of what kind of questions are being considered at the moment, and what people are interested in.
Apart from the talks there was plenty of time to discuss with other people (or have a very extensive lunch), and there was some very nice office space available where we could work together after the talks. The organisers clearly understood that you need energy to think, because each break there were enough cookies to feed a large lecture theatre of hungry students. All jokes aside, the organisation surrounding the talks was excellent; I don’t think there is anything else I could have wished for, and if I did, I would not have been surprised if they had arranged it.
The week was a lot of fun socially as well. There are plenty of restaurants surrounding the institute where you can go for lunch or dinner, always with other people from the workshop of course. This took some getting used to for me as a Dutch person, because to us lunch equals bread, but it was a lot of fun. We also got a very interesting tour through Budapest on Wednesday afternoon, and they even managed to order sun for that afternoon (which made our guide very happy). I enjoyed the weather, not to warm, not too cold, although some people might want to remember that it is no longer full blown summer in Budapest around this time. The organisers also had the absolutely brilliant idea of starting an hour later the day after the conference dinner, so we could stay out until 2 am in one of the famous ruined bars of Budapest.
All in all it was an amazing school and workshop, and if the organisers think of planning another one of these, I hope they tell me about it, because I would love to come.
Matthijs 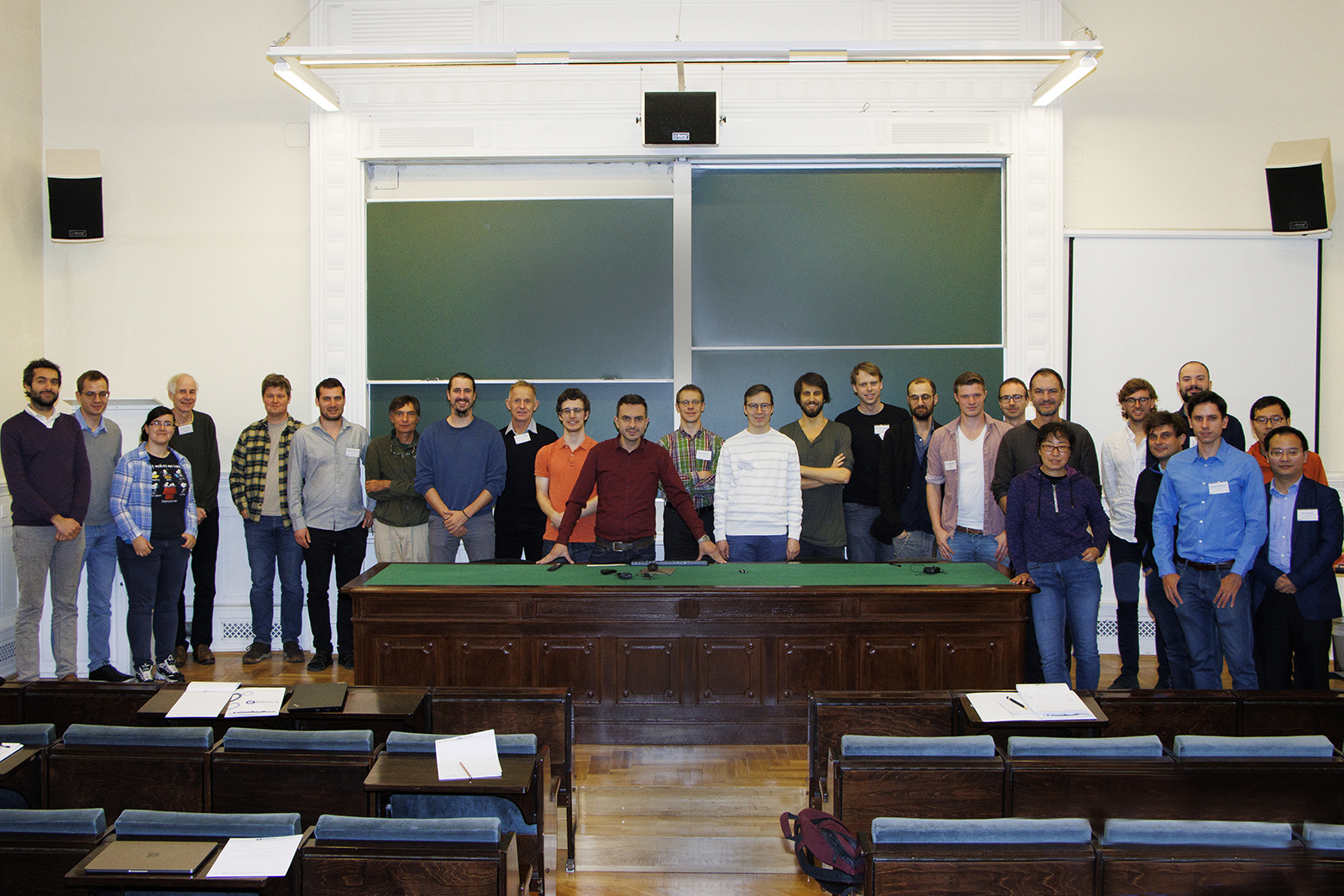